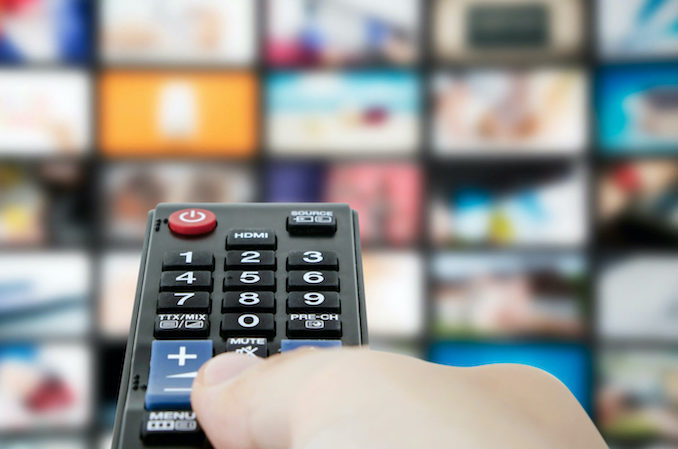 By Nina Heyn- Your Culture Scout

Stuck at home together with the rest of the world we should, theoretically, have lots of free time. It turns out however that a lot of this time is taken up by fixing. We fix our kids calculus assignments, even if our last bout with calculus was decades ago, and even then we lost 0:1 to calculus. We fix the internet groaning under our broadband demands, we fix broken shelves, we fix frayed relationships. We wash the dog, the toddlers, the dishes. We read and delete a deluge of emails and text messages, and we scroll through recipes or funny cat videos. If we are lucky, we still have a job that possibly needs hours of staring at the computer. We reach out to old friends, new neighbors, and any family we can think of.

And then, at the end of the day, or may be just the opposite, before everyone starts texting us and asking what is for breakfast, we might have some time to watch something. And…if the youngsters in our household can be persuaded to watch a documentary, we can even share our viewing.

The list below is actually inspired by one of the subscribers whose 17-year old son got engrossed in the Silk Road travel series. He asked us to recommend some more non-fiction fare appropriate for young people. Generally, youngsters are not so much into documentaries but we selected a few that might be interesting to some kids, especially the older teens. Many of these recommendations come from Catherine’s “Let’s Go to the Movies” ongoing list of interesting movies. That said, here we have stayed away from heavy political or social subjects, selecting only some shows appropriate for younger viewers.

After other Earth shows like David Attenborough Blue Planet documentaries, we are spoiled enough to expect in nature shows some incredibly sharp and breathtaking aerial photography or animal footage from inaccessible corners of the world. It’s all here, crisp and exotic, but the added value is that animals are observed with super-sensitive night vision cameras. The new technology (and incredible patience of the filmmakers) give an insight into what happens in the animal world when the sun goes down.

Since this classic nature doc has been originally released when today’s teenagers were barely born, a lot of them may have missed it. Emperor Penguins march from the coast of Antarctica to their mating grounds in the harshest weather imaginable. The original French version features funny dialogues, the English language version has a priceless Morgan Freeman narration.

A Netflix series about mother nature – a kiddie version. Chirpy narrator voices, funny sound effects and lots of anthropomorphisms. The footage is fun for everyone to watch but the narration is at an elementary school level.

One of the earlier Disneynature movies, it’s a close look at two mothers – a lioness and a cheetah who have to manage raising their cubs in the savannah, faced with all kinds of obstacles, from crocodiles to male big cats.

Everyone loves a story of an underdog and this time the dog is actually a horse. A group of ordinary folks from a village band together to purchase and race a horse. In Great Britain, typical racehorse owners come from landed gentry or they are at least very affluent. These owners were hardly social climbers and they had no experience in the racing industry. What they had was a lot of guts and determination – the same way as their unlikely racing contender. This true, emotional story was eventually turned into a feature film Dream Horse.

Award-winning story of two boys from Chicago inner-city who are trying to become professional basketball players. Directed by Steve James, the same documentalist who made Abacus, Small Enough to Jail about 2008 banking crash, it’s a look at young people’s dreams and the hardship of rising from disadvantaged beginning.

Les Stroud is a Canadian survivalist whose numerous episodes of wilderness adventures have been on the forefront of Reality TV. His Survivor Man series is full of good wilderness survival techniques and practical advice, and more rugged than the frantic shows of Bear Grylls in his Man vs Wild series.

Actors Ewan MacGregor and Charley Boorman embark on a round the world trip on their heavy motorbikes, traveling across Europe, Siberia, Mongolia, and then cross the US. Second series takes them across Africa. They encounter visa problems, friendly and unfriendly locals, physical hardships, wild animals, broken engines, incredible views and muddy roads. One big adventure to watch even if you are not into biking.

A history of the sport in a nine-parts series co-directed by the celebrated documentalist Ken Burns.

Not exactly a documentary, more of an interpretation of Van Gogh life in an animated form, it is nonetheless a great viewing experience. The award-winning movie has been created through animated oil paintings in the style of van Gogh – his color palette and thick impasto style, his imagery of Provence landscapes and people. No one has ever done such animation (created in 65,000 hand-painted frames by over 100 painters, mostly women) – the medium fits so well the story. Rated PG-13 so use your discretion when sharing with younger teens.

No, we cannot all become painters at Vermeer’s level just by using some optical tools but it surely is fascinating to watch inventor Tim Jenison replicate some of the painting secrets the Dutch master used. Art historians have written for a long time about the use of camera obscura and optical lens by painters from at least 14th century. Theory is one thing though and watching a doc on how this can be done is another. Jenison soon moves from an optical copying to traveling to Europe, working with grandmaster of painting David Hockney, and finally recreating Vermeer’s atelier and one of his canvases. It becomes one big painting adventure.

A 1970’s iconic rock musician Rodriguez was all-forgotten in the US, but he was always extremely popular in South Africa due to his freedom-fighting rock anthems. His mysterious disappearance from the music scene inspired two South African fans to research his history with a most unexpected result. An uplifting true story and an intriguing rock history footnote.

This a great compilation of documentary footage, recently uploaded on You Tube. The internet is now full of such compilatory gems. This one is particularly captivating because it gives an insight into talent and career of Itzhak Perlman, who started out as a child prodigy and whose career spans decades of amazing performances and milestone recordings. What comes through from this documentary is Perlman’s bubbly positive attitude, his constant humor and his great modesty. And then you can listen to his playing a violin like few people ever could.

A heart-warming story of a man in South Carolina who, after a rejection in a more affluent part of town, proceeded to create a fantasy topiary garden in his black neighborhood. Pearl Fryar was a self-taught horticulturalist whose persistence in creating beauty brought fame and economic growth to his little town.

Jiro, an elderly restaurant chef, is an unlikely movie hero but his demonstration of the art of sushi is fascinating. Jiro’s tiny, ten-seat establishment is world-famous, and unless you are President of a nation (literally), it’s hard to get a seat. It’s a story of a quest for perfection in an exotic field of a spicy tuna roll. It’s also about father’s relationships with his sons. A great movie for foodies of all ages. 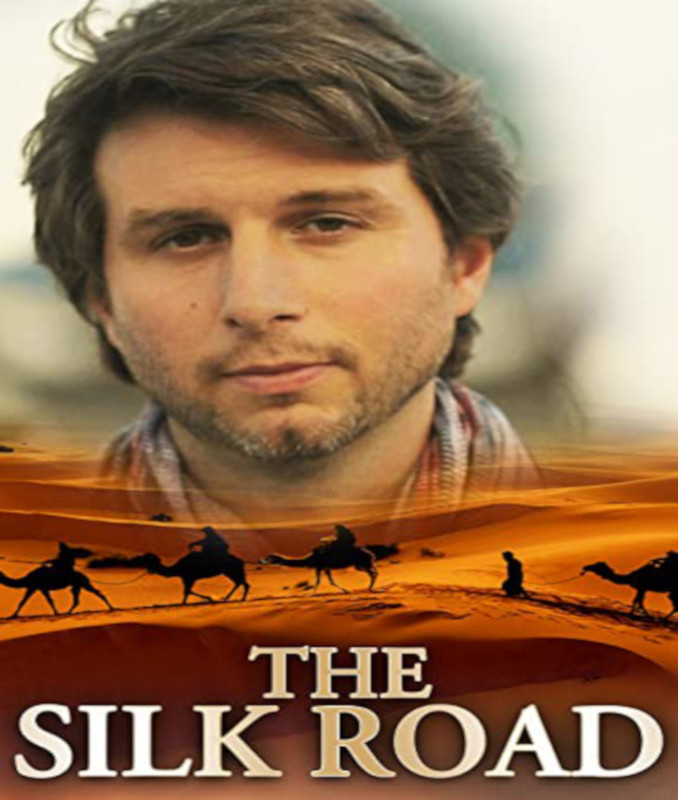 It’s a 15-episode French documentary, available with subtitles on Amazon Prime, in which we are led along the historical Silk Road route from Venice all the way to Xi’an – one of the ancient capitals of the Chinese empire. Marco Polo’s famous route is examined as a travelogue of exotic and sometimes obscure cities, their cultures and traditions. The narration simplifies somewhat the history and culture of this ancient and complex region but it is a good doc to get into the subject. 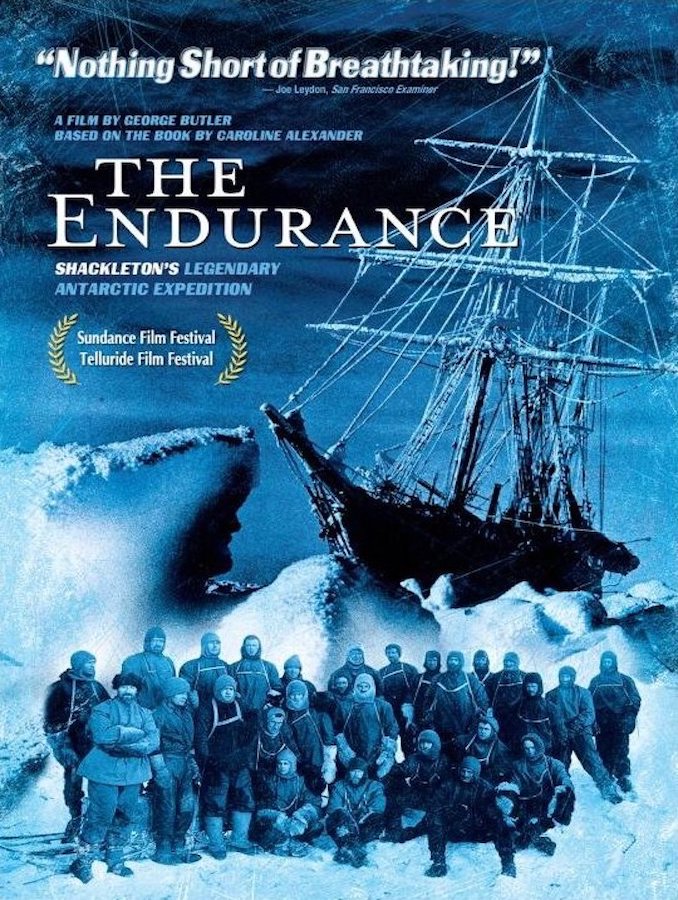 Narrated by Liam Neeson, a fascinating story of sir Ernest Shackleton’s disastrous expedition to the Antarctic during the WWI. Archival footage and new exploration of the polar locations add drama to this tale of survival against all odds.

Werner Herzog is one of the most original feature film directors who for the last few decades has been using his story-telling talent to make documentaries. He persuaded French authorities to allow him to film rock paintings inside a newly-discovered, sealed prehistoric Chauvet cave system. Normally such access is very limited due to damage human presence does to fragile rock art.

A short lesson in history of the Dutch Republic and the beginning of the stock exchange system is encapsulated in this 8-minute You Tube video. Entertaining, educational and short, it might be a good introduction to history without any boring bits that get kids’ eyes glazed.

This one might resonate quite well with middle to upper class teenagers – what does “poverty” actually mean? This ground-level look at deprivation is provided by four American college boys who decide to spend some time in Guatemala living like the poor people there do – on one dollar a day. Soon they discover what hardship really means, and that you need a community to survive. Very eye-opening for anyone not having any first-hand knowledge of the less developed parts of the world.

Award-winning story of Nepali children who are sent off to school at age 4 and do not return to their Himalaya villages until they are 16. Families send them of in hope of better education and greater chances in life but it is a hard price to pay for these youngsters.

SHENZHEN: THE SILICON VALEY OF HARDWARE (2016)

The most innovative computer hardware is being developed, traded and used in the city of Shenzhen, a special economic zone in China. Computer makers and software developers from all over the world come to Shenzhen to take an advantage of the fast turnaround of their ideas, and an unlimited pool of tech know-how and electronic components. An open source philosophy which is so prevalent in Shenzhen IT world is in a direct opposition to the US companies’ policy of protection of intellectual property.